Depending to selected tour 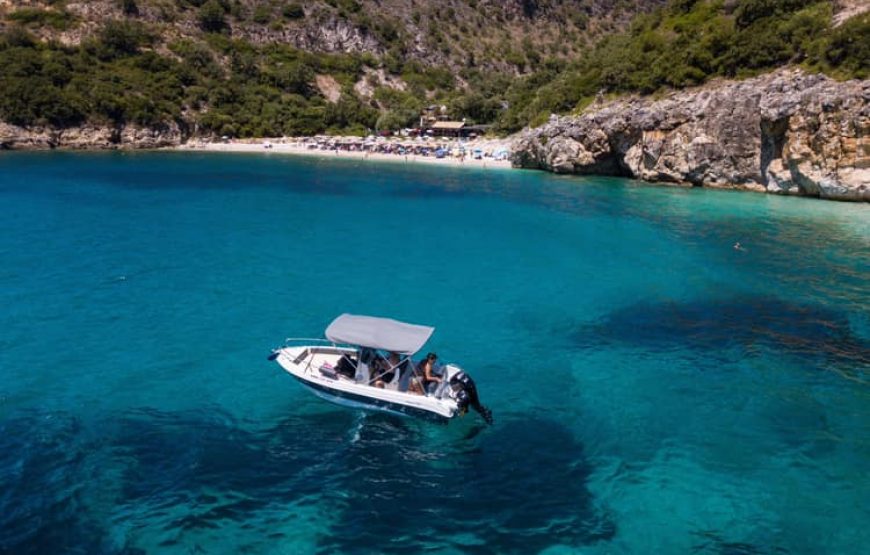 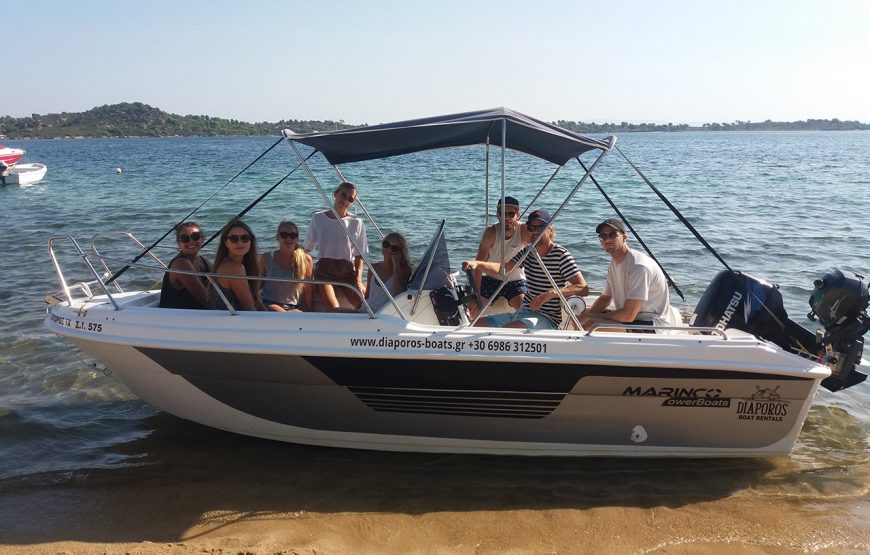 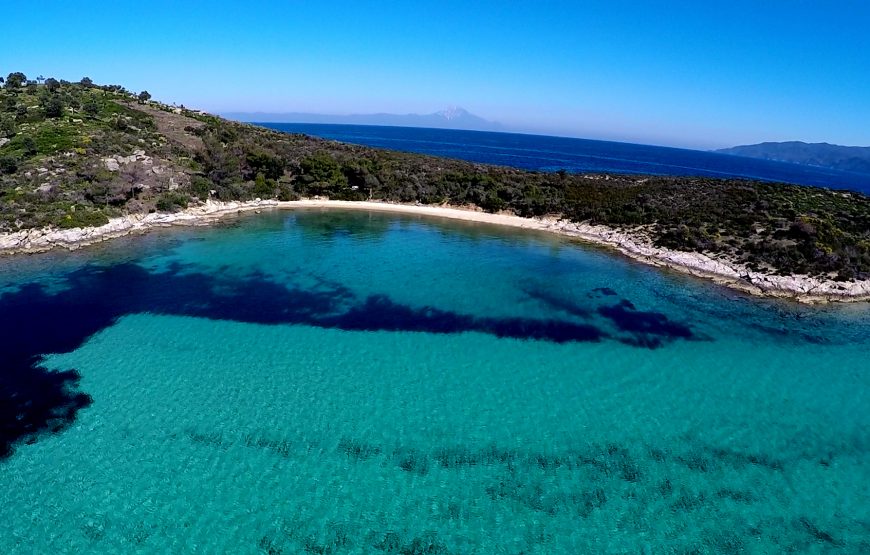 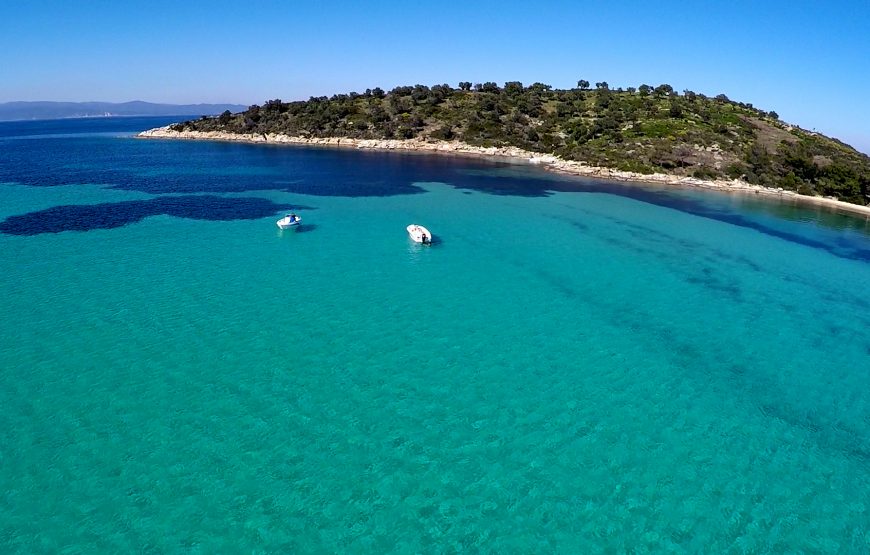 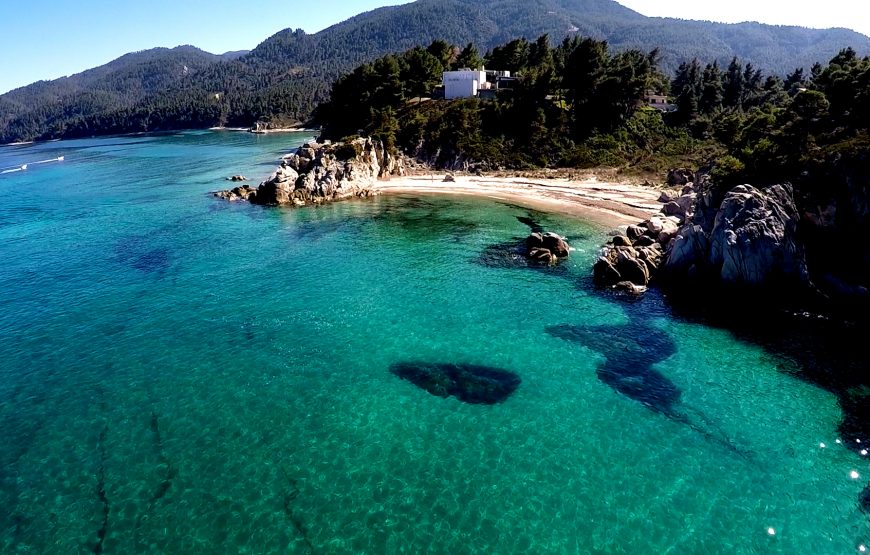 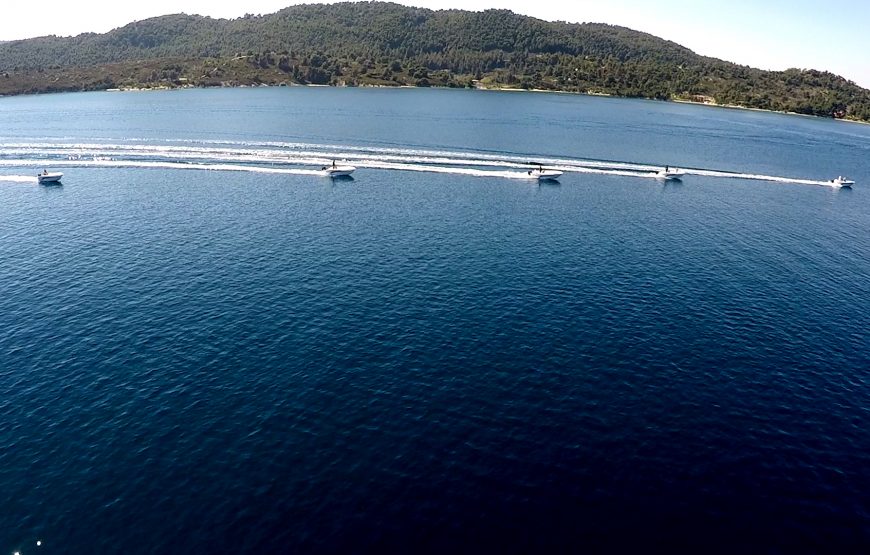 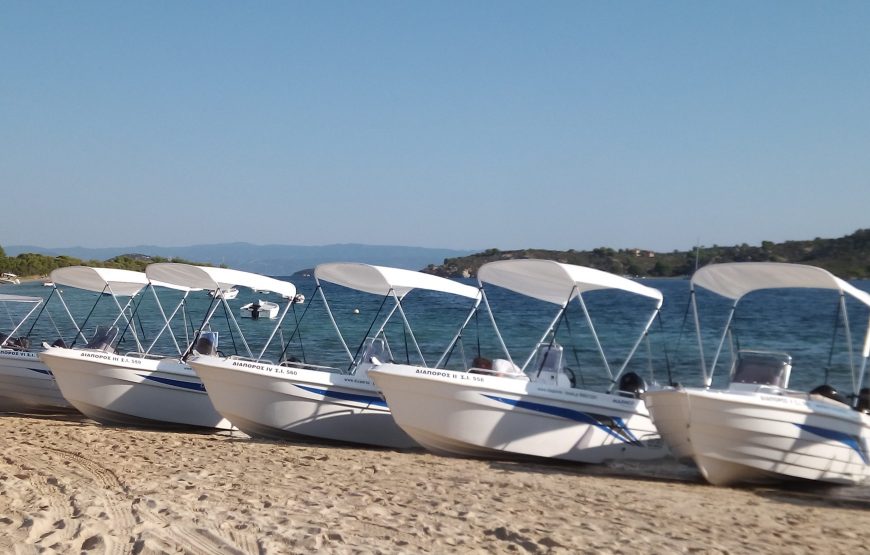 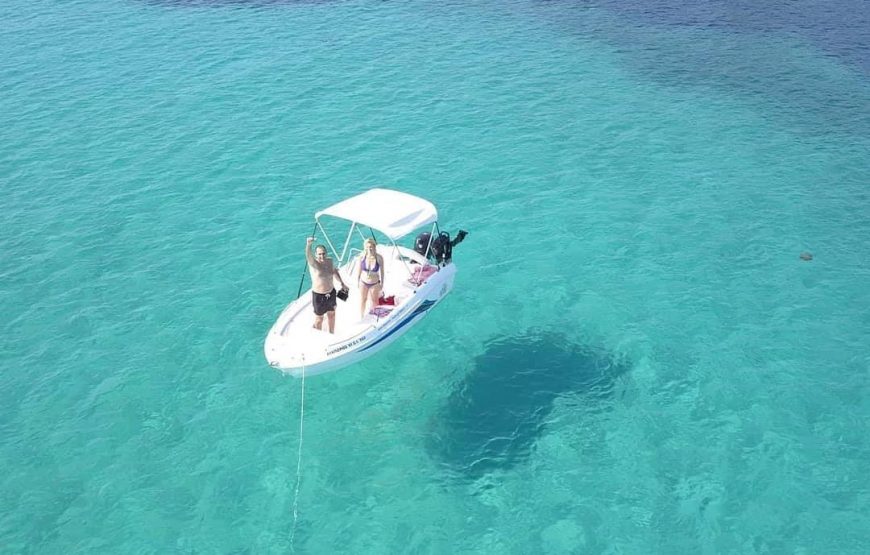 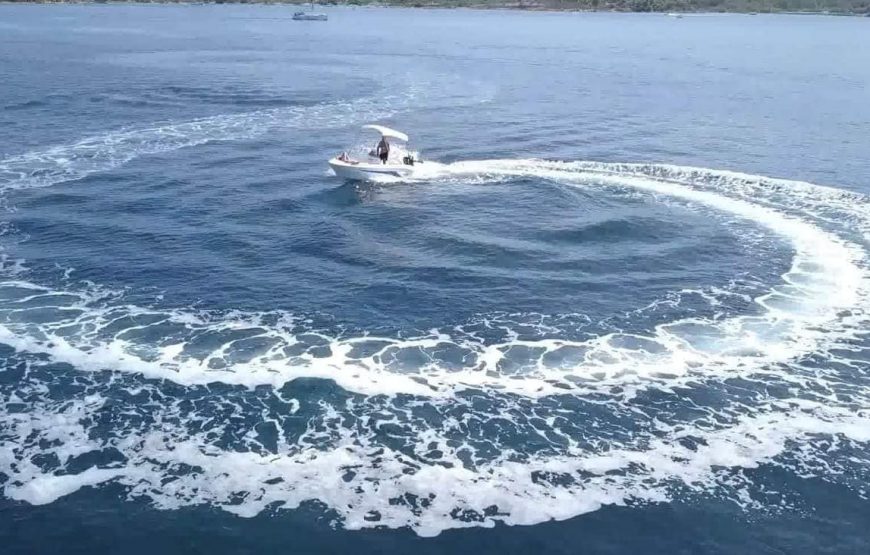 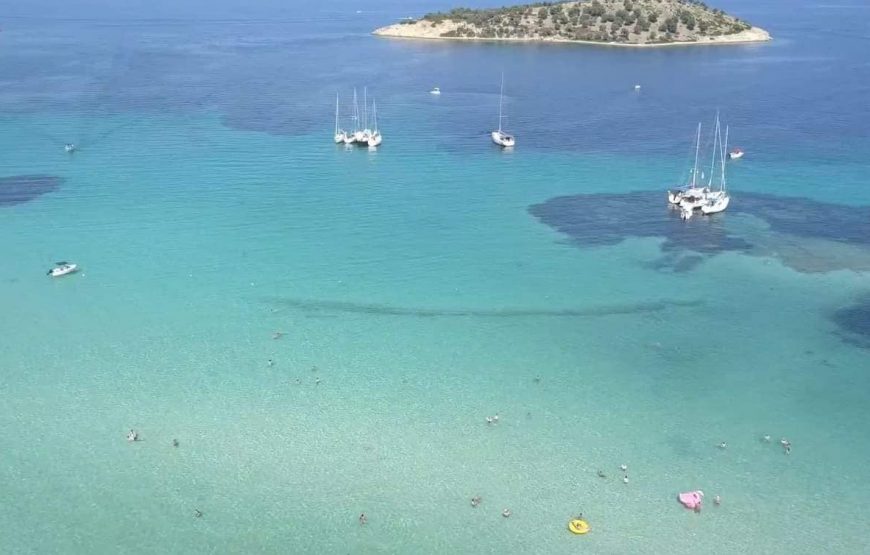 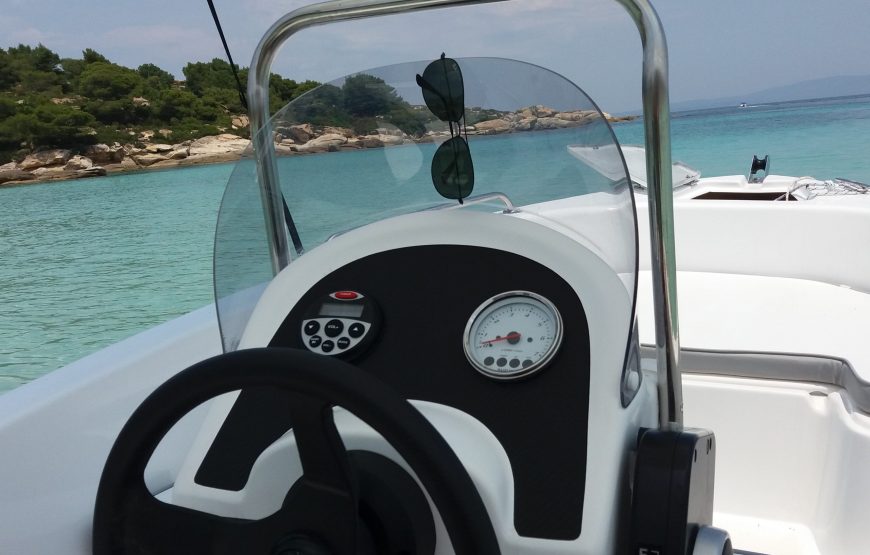 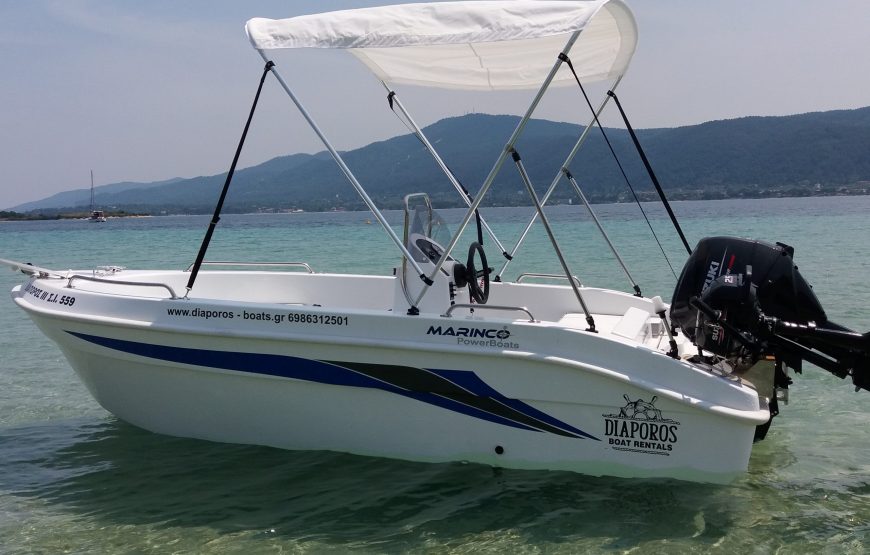 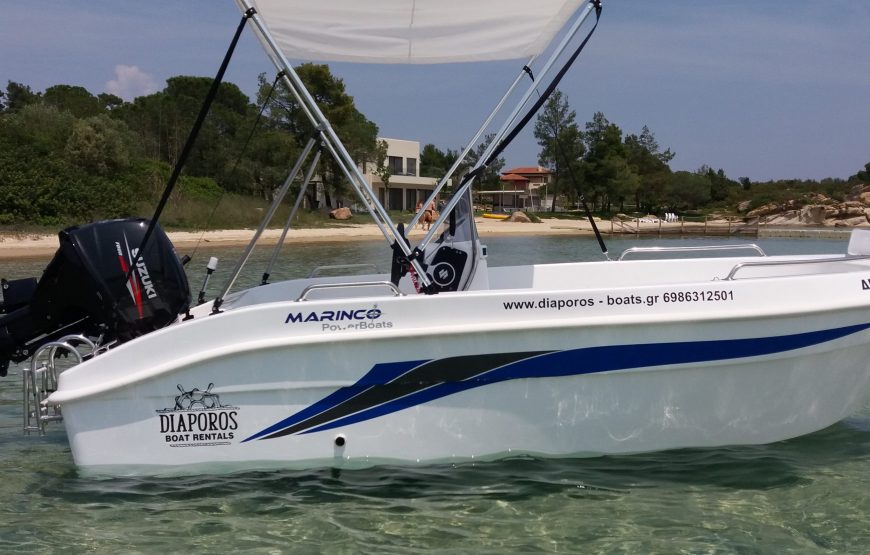 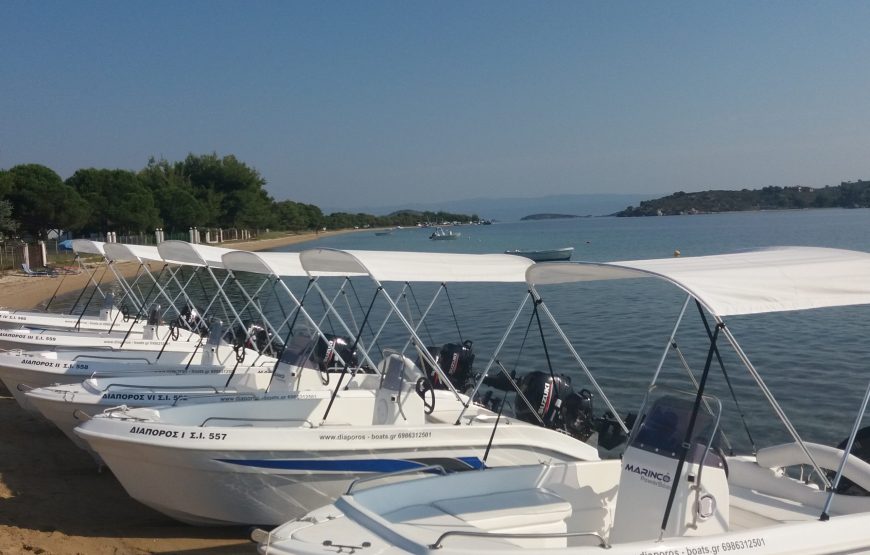 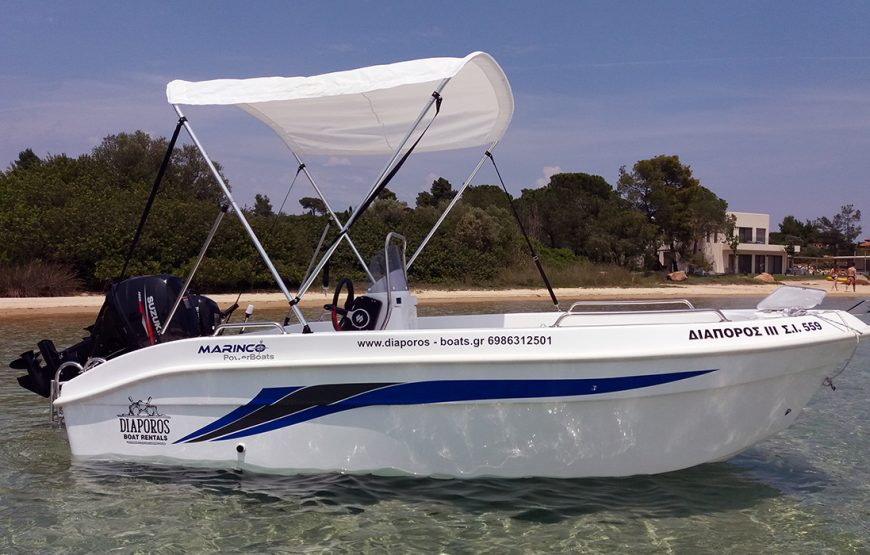 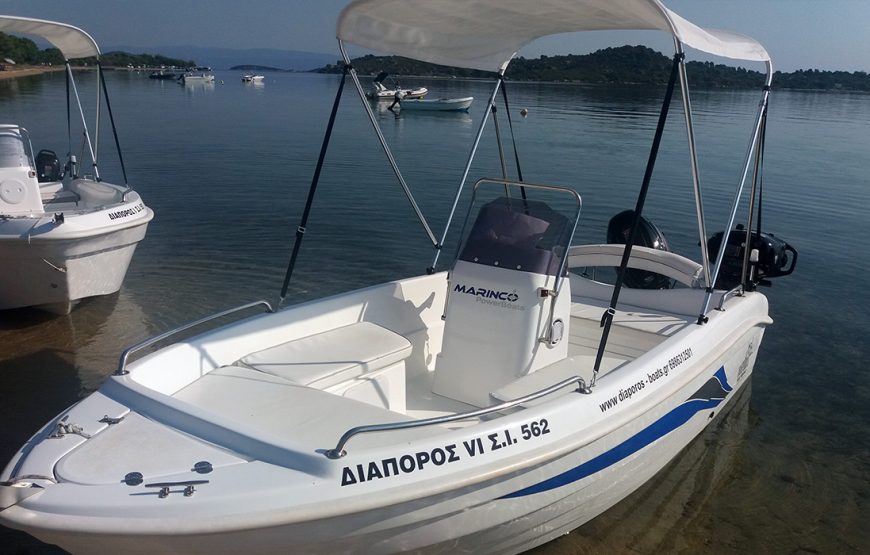 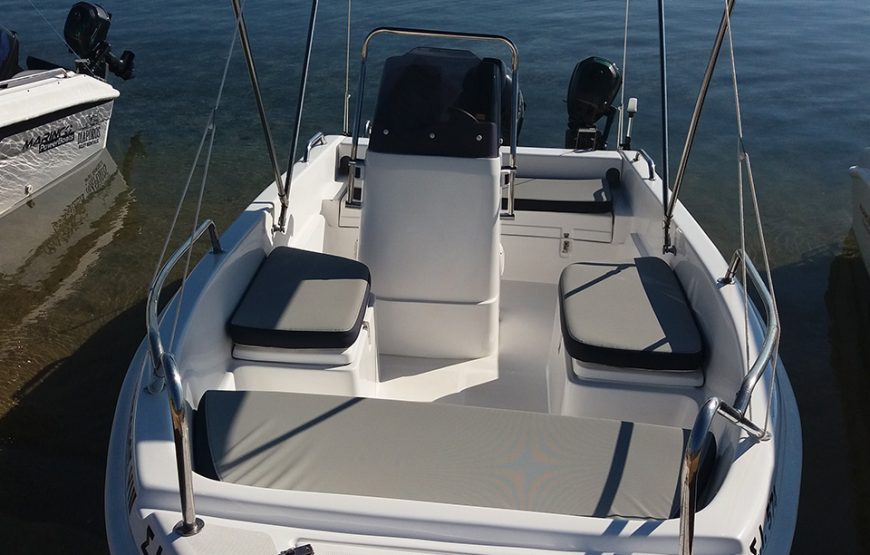 The region is one of the most popular destinations for summer holidays in Greece. Thousands of visitors each year choose it for their holidays in order to explore the numerous beaches.

Access is available to many beaches although it is not always easy. However with the services of Diaporos Boats we bring you closer the most inaccessible beaches of the Gulf of Mount Athos. Visit Diaporo and secret beaches of Sithonia.

For aspiring captains we recommend the daily boat rental. Embark on our brand new boats and sail to the beauties of the deep blue waters of Chalkidiki. To rent the boat no license require.

If you do not want to play the role of the captain, you may book in advance. Follow us on fascinating routes that we have planned for you, or give us the route of your choice. The boat has a capacity of 8 people.

We finally offer the service, of Private Taxi Service, which transfer your friends or your family to beaches of your choice, the hours you want.

A natural paradise for an unforgettable vacations!

Vourvourou is a coastal village and holiday resort of Sithonia province, with 140 inhabitants which is a settlement of the Municipal Department of Agios Nikolaos on the homonymous municipality of Halkidiki. The area was formerly owned by residents of the neighboring village, Agios Nikolaos. It produces olive oil, honey, raki, wine and fish.

The economy is based on tourism enterprises. Beaches (Vourvourou, Livari, Xifara, Karidi, Bara, Fava) and the natural beauties attract many visitors every year.

Opposite Vourvourou and a short distance from the coast lies a group of islands, nine in number, the most important of Diaporos. Diaporos is fairly large island, with huge natural bay 700 meters long and longer, the Hide and Seek, which serves as a mooring place for the boats when the sea is rough. The bay ends in shallow waters, which always remain warm and suitable for winter swimmers. Most of the island is covered by pine forest.

Visitors can see the settlement of the faculty of Aristotle which is a standard model settlement at a Panhellenic scale, with total respect for the environment.

Also, from the top of Mount Itamos you can see the whole Halkidiki and the Aegean. The Monument of Aviators is also very interesting.

There are many churches like Panagia Vourvourou, celebrated on 8 September, the Prophet Elijah and Theonas in the setlement.

The area has been inhabited since ancient times, as testified by the ruins of the provyzantino church of St. Andrew, found on the island Diaporos. The great wall, fortification work of an unknown era, what is also remarkable is which cut the communication of the master of Sithonia with the rest of Halkidiki.

In the 10th century the area referred to as “the Land of Vourvourou” was given as a dependency of the Monastery Xenofontos on Mount Athos Byzantine Empire. In 1615 the main area was inhabited by the residents of St. Nicholas. In the late 19th century Simonopetra monastery sold the area to Russian monks, but they were expelled by the inhabitants of St. Nicholas. The latter remained the only major region.

In 1913 the inhabitants of the Small Souli Serres, the Palaiokomi, Amphipolis and Lakovikia resorted in Vourvourou to escape the violence of the Bulgarian occupiers in Eastern Macedonia. But then where to find a cholera epidemic, causing more than 110 people die. Those who survived returned to their villages just before the outbreak of World War II.

The daily rental of the boat starts in the morning and ends with sunset.

To rent a boat no license is required.

To hire the boat you must be over 18 and the person who hires it is the only one allowed to handle it.

You must be informed by the staff of Diaporos Boats for handling board and general navigation regulations before departure.

All safety rules and navigation must be followed  in accordance with regulations in force and are posted on board.

Before starting the vessel should  be checked that the equipment referred to in the lease agreement is in excellent condition and thus be delivered.

In case of damage or loss of the equipment a charge with the appropriate value according to the price list agreed will be imposed.

Mount Athos is a self-governed part of the Greek state, located on the peninsula of Halkidiki Athos in Macedonia. It includes twenty Holy Monasteries and other monastic institutions and is informally designated as “Autonomous Monastic State”.

Since 1988 enlisted in UNESCO World Heritage.

The Athos peninsula is the eastern most and rougher than three individual parallel peninsulas (Kassandra, or Pallini, Logan, central or Sithonia, and Athos or Agion Oros) that make up the peninsula of Halkidiki. This peninsula is covered by Mount Athos, totaling 2033m., It ends at Cape Nymfeo or Akrothoon, hence its name . It lacks rivers and lakes and is linked to Halkidiki via the narrow isthmus of Xerxes, low stripe of land, 2 km., A history of the Persian Wars in 480 BC. Between the peninsula of Athos and Sithonia or Logan formed the Siggitikos or gulf Mount Athos.

A few miles SE of Mount Athos is the largest pit of Aegean, of which abruptly reaches 1070m from 80m depth.

The Diaporos is an island which is opposite Vourvourou, just 10 km from Agios Nikolaos Sithonia municipality. It has an area of 3.2 square kilometers and a huge natural bay 700 meters long , which serves as a mooring place for the boats when the sea is rough. The bay ends in shallow waters, which always remain warm and suitable for winter swimmers. Most of the island is covered by pine forest.

About 23km south of Vourvourou there is a cluster of small beaches in a coastline of more than 5 km. These beaches are known as Kavurotripes.

Locals characterize it as the “Hawaii of Greece” because of it’s exotic beauty.

Ouranoupoli is a coastal village of Halkidiki and the last secular destination before someone goes to Mount Athos. In 2001 the population numbered 960 inhabitants, who are mostly engaged in tourism and fishing. It is also the homonymous municipal district in the Municipality of Aristotle.

Its distance from Thessaloniki is 132 km from the potition of the municipality 17km.

The cathedral is St. Constantine. Among other work practice, port station, kindergarten, primary school, a police station and is an active cultural association that organizes night events with full moon in August, as well as the “Ouranopolitika” in July. From the harbor you can visit the Holy Mountain or nearby Drenia islands. Within two kilometers is Zigou, one of the first monasteries founded in the 10th century and is accessible by women, as soil is not in the territory of Mount Athos. Shortly before the boundaries of Mount Athos is the Fragokastro, memento of the period of Frankish region.

Ouranoupolis often organizes excursions for Daphne from where the introduction to the castle of St. Terms begins.

WHERE TO FIND US

The unknown exotic island in Greece

The “blue” beaches in Vourvourou, Halkidiki