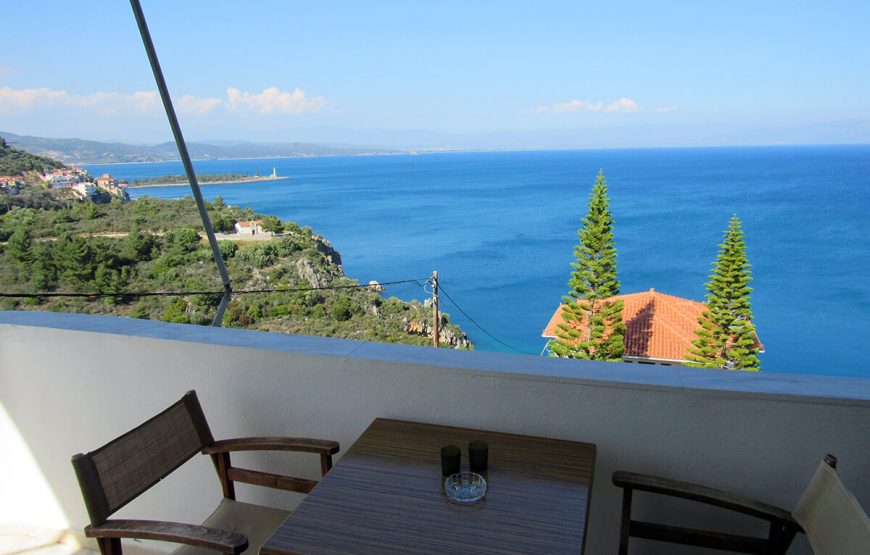 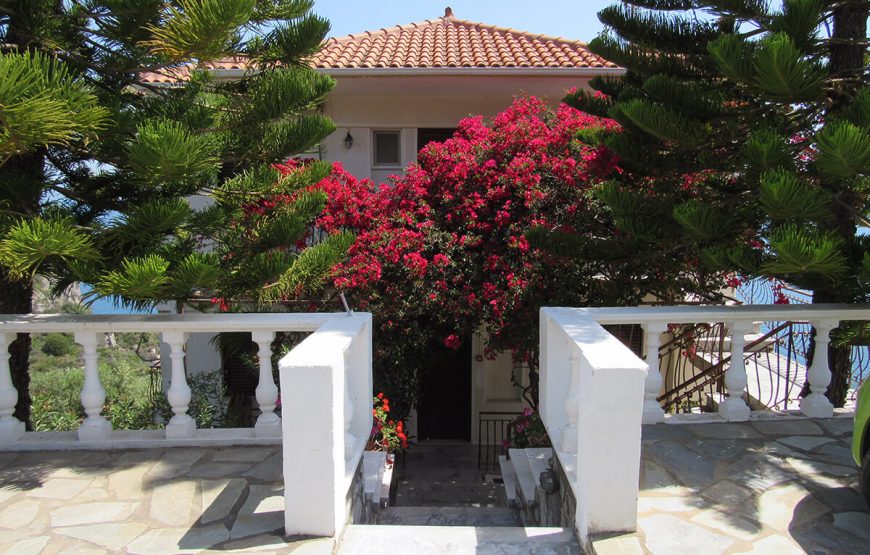 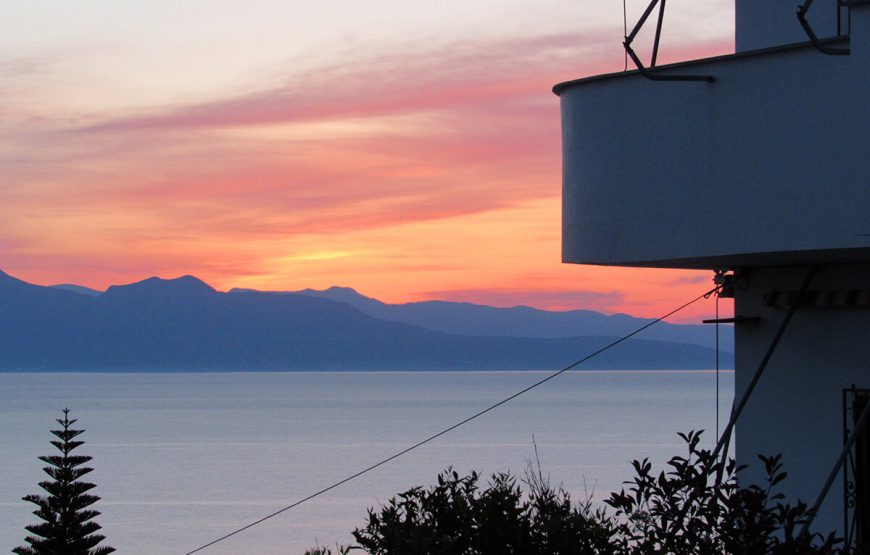 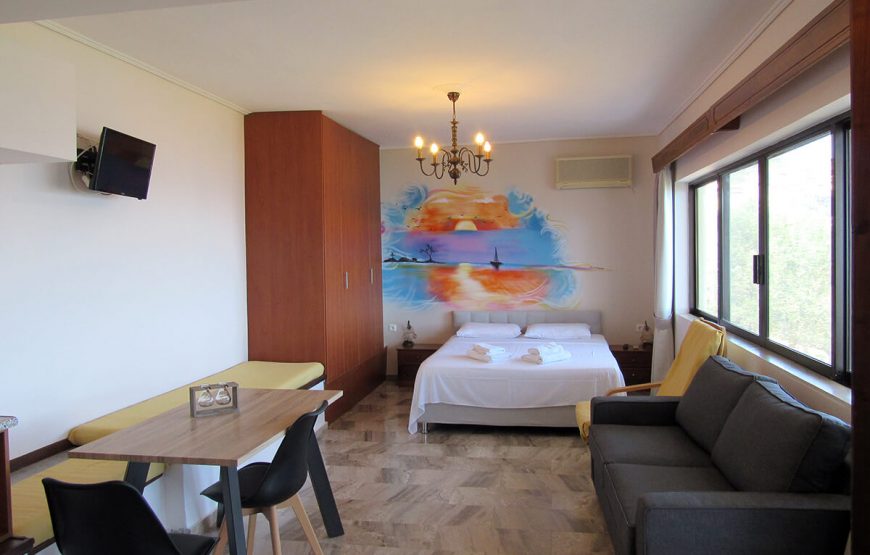 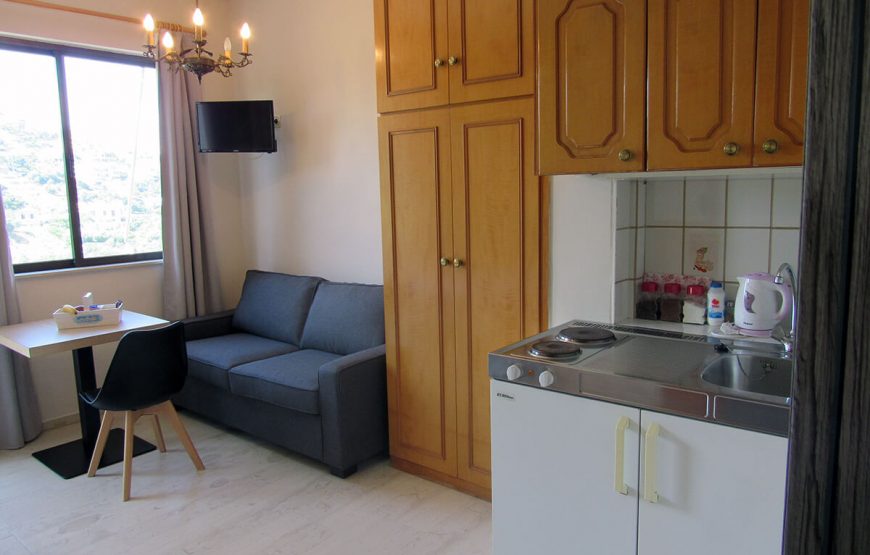 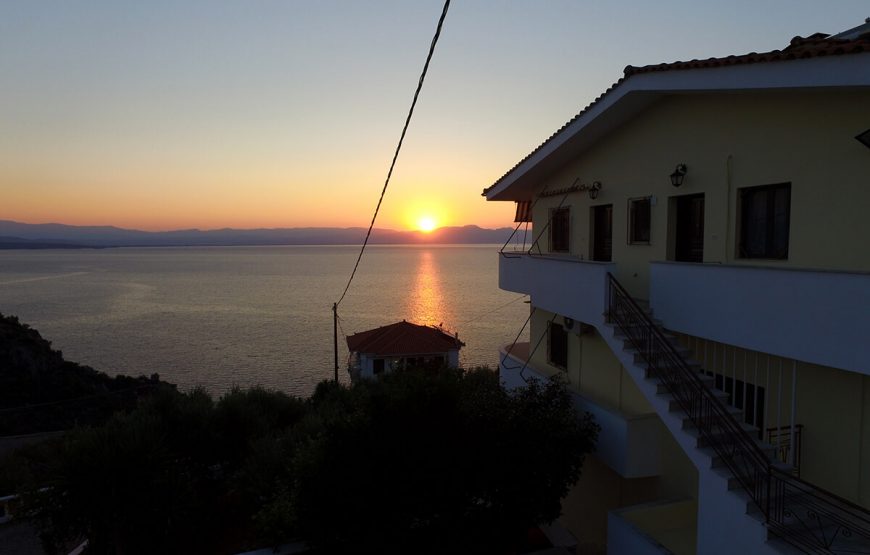 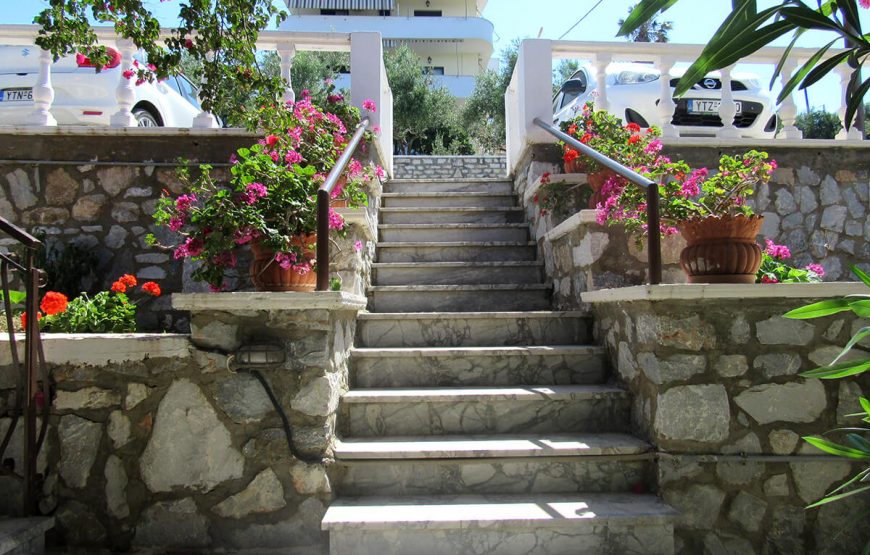 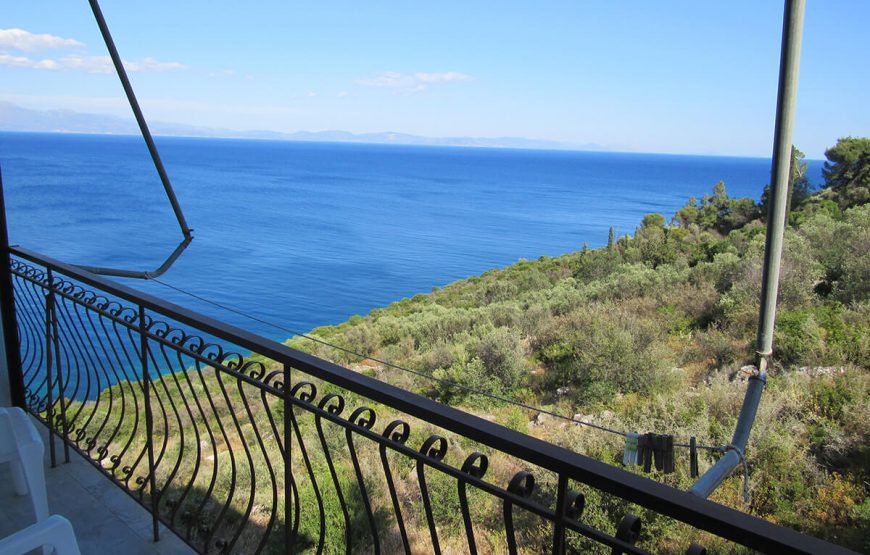 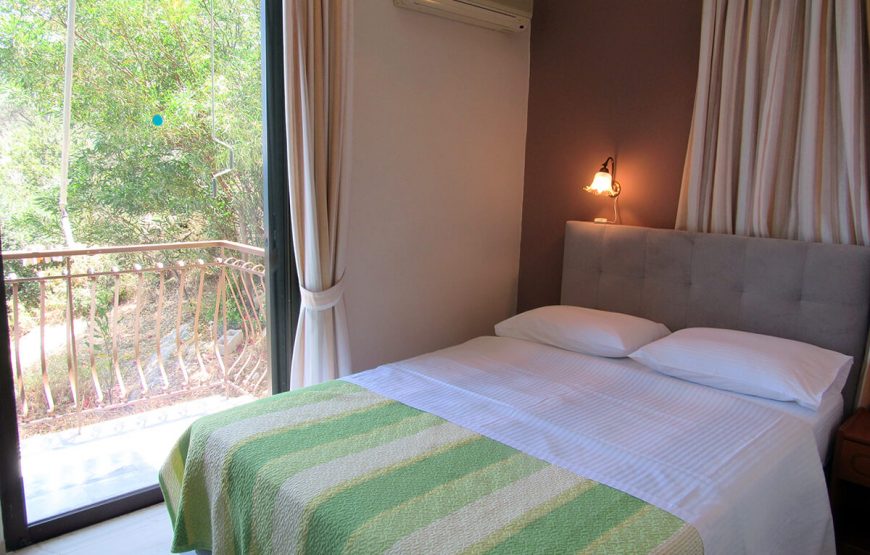 Kalypso Guesthouses are a beautiful and welcoming apartment complex. It has studios of two and studios of three people, equipped with air conditioning, TV and kitchen to offer a comfortable and pleasant stay.

Located on the hill of Mavrovouni, a small village built on the hillside with excellent views, 1 km. from the town of Gythion.

A small harbor is in 50 meters below the Kalypso Guesthouses, ideal for swimming and relaxation.

The distance from the long Marvrovouni Beach is only 15 minutes walking and 5 minutes by car.

Kalypso Studios are the ideal destination, far from everyday life, in a wonderful landscape that combines the deep blue sea of the Laconian Bay and the green plain of Mavrovouni.

Leaving the city of Gythio towards Areopolis at about 1 km you will find the first entrance of Mavrovouni village on your left. Kalypso Studios are located at 300 meters on your left hand.

In a distance of 100 meters there is a Super Market, bakery, three taverns and a bus stop.

Kalypso studios are ideal accommodation for sightseeing in the area, as Mani, Diros Caves, Monemvasia, Mystras and more.

Welcome in Gythio, a stately town standing centuries over the clear sea of the Laconian Bay. Cosmopolitan atmosphere, island breezes and a variety of choices in the place called in Greek language the “Earth of Gods”. God Apollo brawled here with Hercules for the magic tripod of Delphi and finally reconciled, giving the place its current name. Gytheio use to be the port of ancient Sparti and soon developed into the foremost export center of Laconia.

To the north of the modern town and up the hill, the ruins of the acropolis witness the existence of the ancient city. At the foot of the hill, the ancient theater lies, where even today, cultural events take place. The ruins of Roman buildings refer to the heyday of Gytheio in Roman times when it belonged to the “League of Free”.

The New Town of Gythio rises amphitheatrically at the eastern foot of the ancient “Larysion Mountain”, now called by locals “Akoumaros” or “Koumaros”, just above the main port, considered the safest of SE Peloponnese, from where citrus (especially oranges), oil, olives and other derivatives thereof are exported.