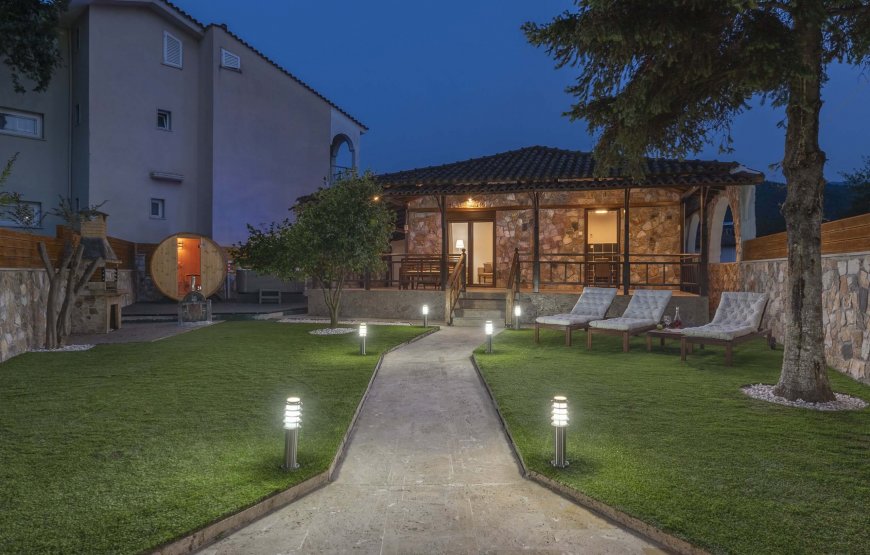 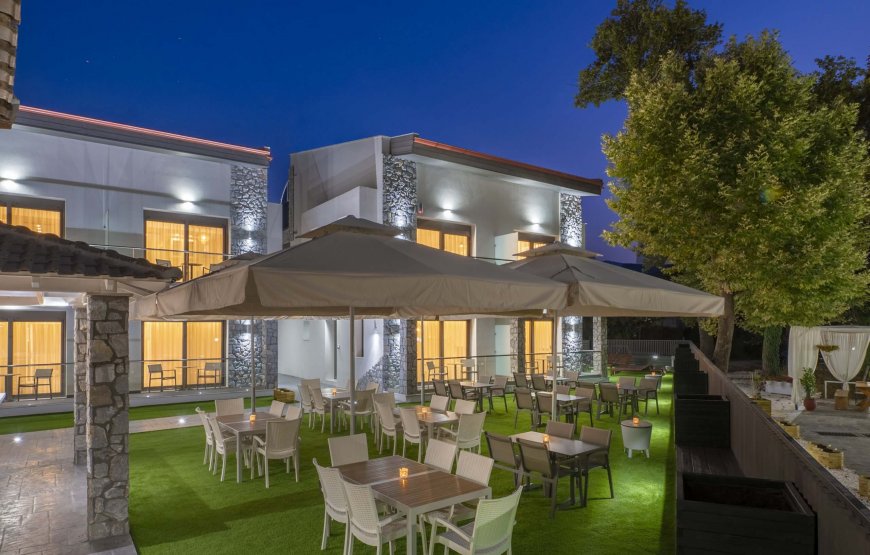 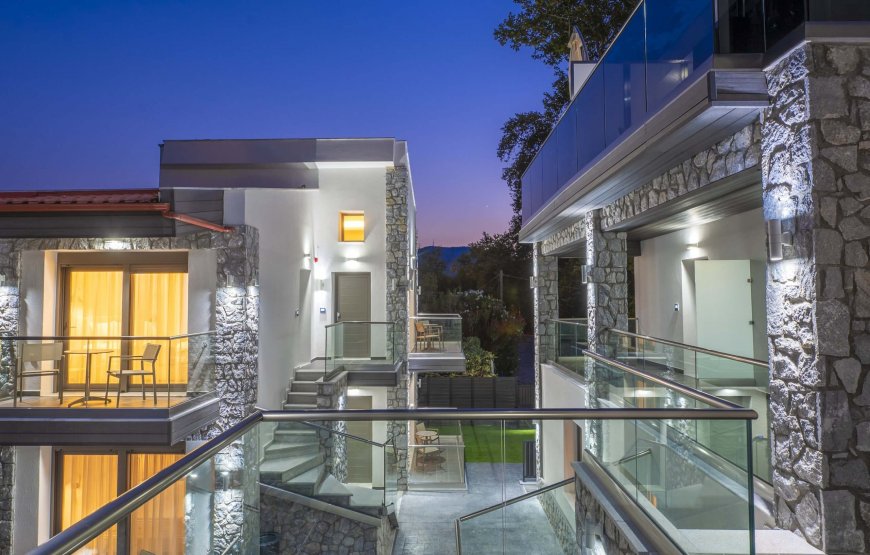 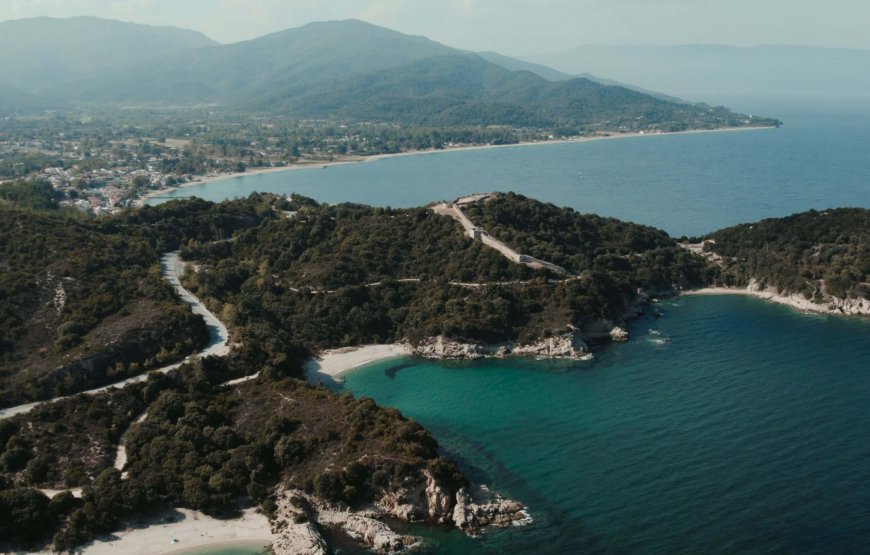 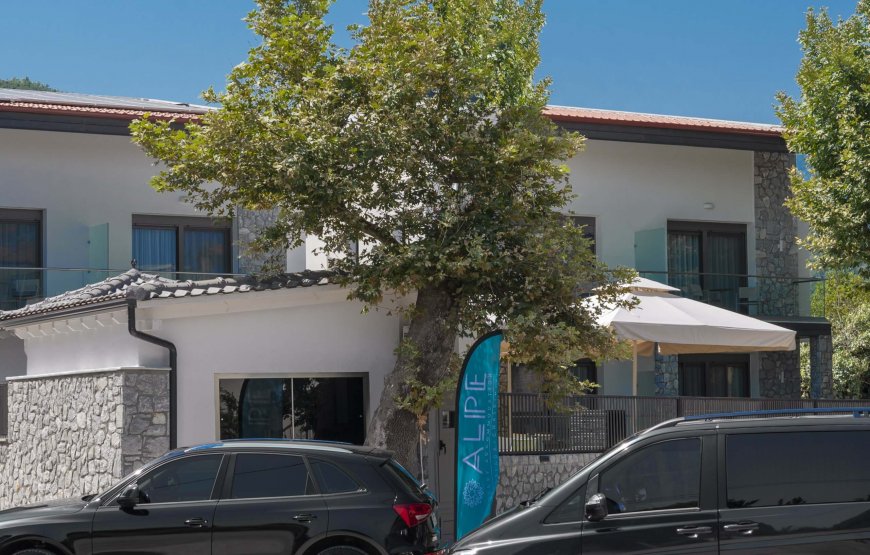 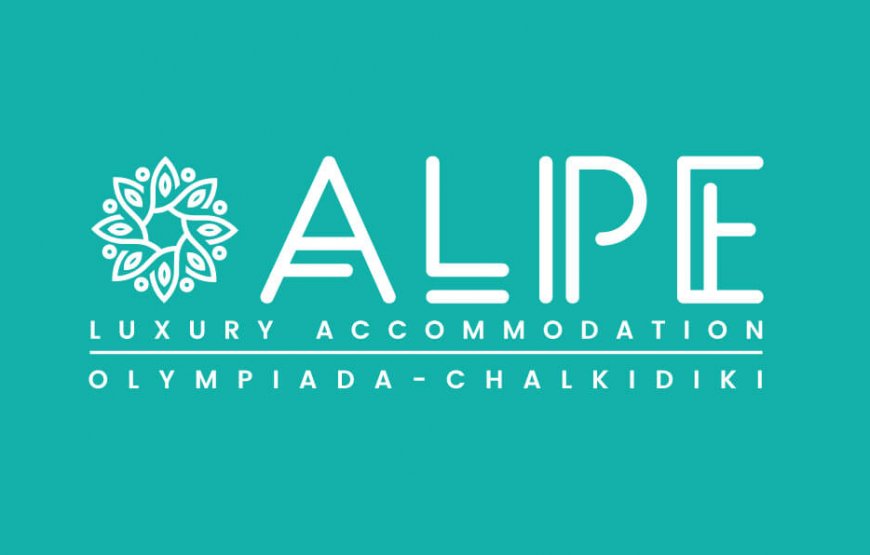 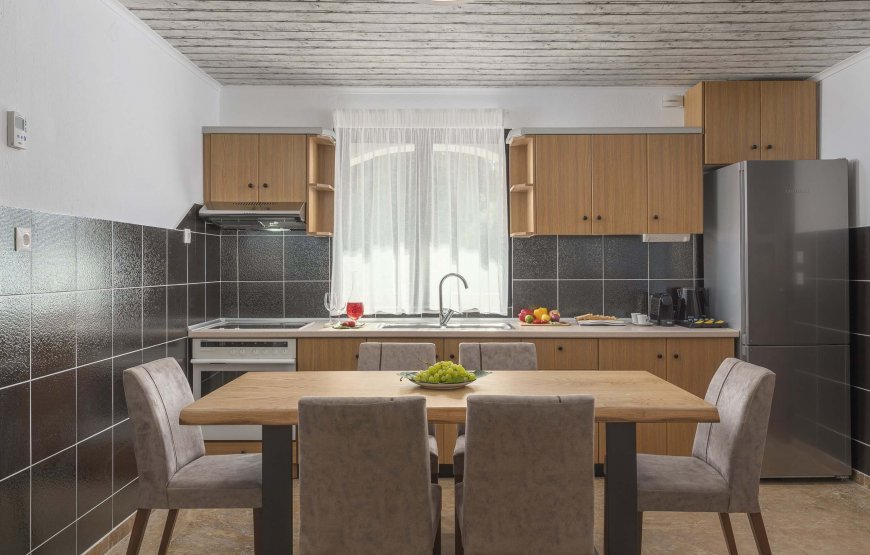 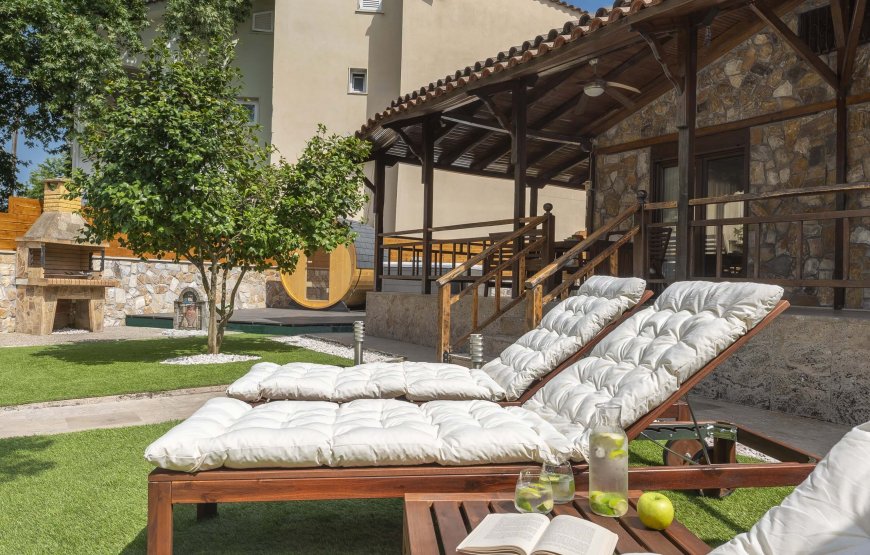 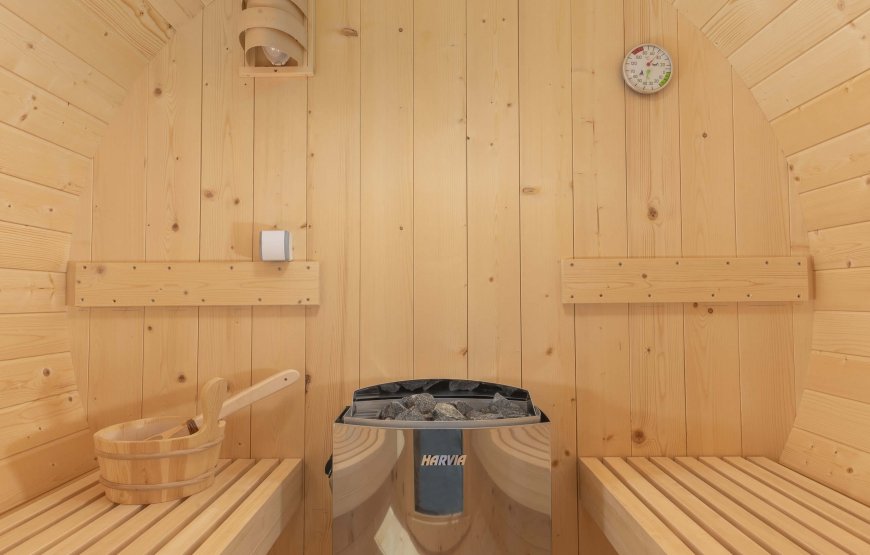 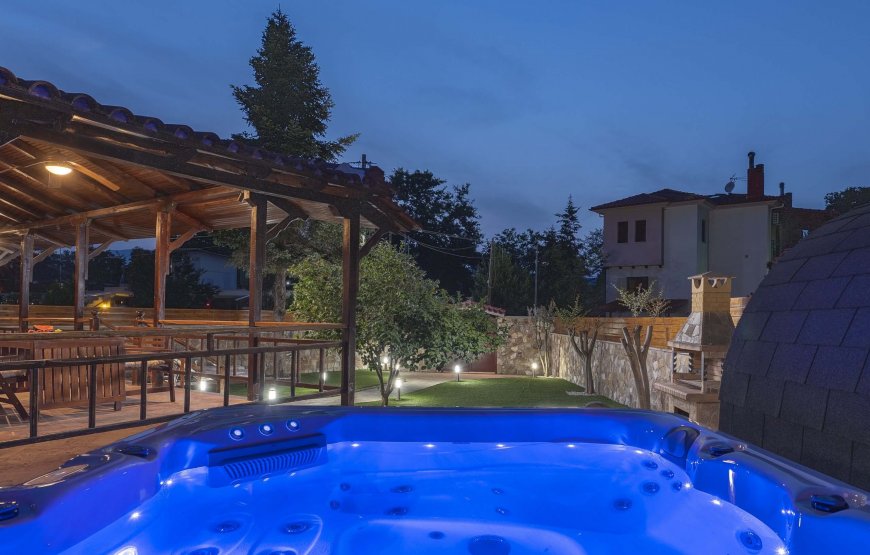 ALPE LUXURY ACCOMMODATION was created in 2021 meeting all needs of a modern accommodation. In a newly built space, near the sea, with modern decoration you may relax enjoying the unique leisure opportunities that Olympiada offers.

Location
Just 1 hour from Thessaloniki, Olympiada is a global reference point, as it is Ancient Stageira, Aristotle’s birthplace. World Congress “Aristotle 2400 Years”, in honour of the great philosopher in May 2016 was a top event for the region. The International Aristotle Centre will soon grace the area in honour of the great philosopher from Stageira.

Accommodation
1. One Bedroom Suite The suites of one bedroom and equipped kitchen, one of which is designed to serve people with special needs, promise to offer you the comfort and luxury you desire.
2. One Bedroom Suite Loft/Jacuzzi
The comfortable, luxurious environment and the modern comforts of the four suites of one bedroom suite loft and equipped kitchen offer a dream stay to every guest.
3. Superior Double The Superior double rooms have a very comfortable interior, designed with impeccable detailing.
4. Villa Arches
The comfortable and large space of Villa Arches, with the traditional architecture, with emphasis on stone and wood and the careful decoration has been designed to create unforgettable memories.
5. Alexander Villas (upcoming)
Our comfortable villas with private pool are designed with meticulous aesthetics in every detail of the decoration and the amenities provided ensure a refreshing and relaxing stay.

The homeland of the philosopher Aristotle, Ancient Stageira, is only 500 meters away from Olympiada and it was founded by people from Andros around 655 BC. During the Olynthian War, Philip II destroyed Ancient Stageira and rebuilt it, after Aristotle’s intervention, who later became the teacher of his son, Alexander the Great. Aristotle died in 322 BC in Chalkida and his body was transported to Ancient Stageira, where he was buried with honours and he was declared “ikistis” (coloniser, founder of the city). An altar was built over his tomb and “Aristotelia”, a festival in honour of the philosopher was instituted, for which efforts are being made to revive it today.

The region of ​​Olympiada has important sights of ancient Greek and religious tradition, as well as of rich natural beauty. Among the highlights are ancient Stageira, homeland of the philosopher Aristotle, the waterfalls of Varvara and the magnificent Aristotle Park. Ancient Akanthos and the Antiquities of Ouranoupolis stand out with their architecture, as well as the Neposi Castle and the Medieval Cemetery of Ierissos. Arnaia, one of the most beautiful villages in Greece, with its traditional stone houses and cobbled streets, is a jewel of mountainous Halkidiki.

Wonderful events are held during the summer, focused on culture, religion, sports and local gastronomy. In Saint Kyriaki’s, patron saint of Olympiada, feast day celebrated on July 7, the mussel festival is organized, which is a trademark of the local cuisine.During the summer, the cultural program of Olympiada includes theatrical performances and enchanting concerts by renowned Greek artists at the Archaeological site of Ancient Stageira, with the events continuing until early August, like the Varvara Festival in the village of Varvara.
ALPE LUXURY ACCOMMODATION
Olympiada, Halkidiki
+302376051650
+302376051749
info@alpe.gr
visit our website
View More